This Thursday marks the anniversary of the birth of Albert Einstein, the legendary German theoretical physicist. Born 14th March 1879, Einstein formulated the general theory of relativity and E= mc2 among many other things. He’s also famous for a few quotes that I particularly like and which can be applied to leadership and to training:

A person who never made a mistake never tried anything new 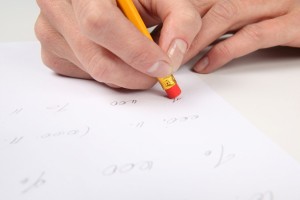 As children we learn to walk by falling. As adults we’re expected to make less mistakes and as a result, often we’re afraid that even a minor error will make us look stupid in front of our colleagues. Instead, we try our best to be perfect, to be a good role model for our teams. However, we have to remember that we are human. Imagine a pencil without an eraser on the end. There’s a reason it’s there. We all make mistakes. Trying to look infallible in front of your team is in itself a mistake IMHO. Instead own your mistakes and learn from them. You’ll only lose the respect of your team if you either get caught lying to them (when you don’t admit your mistake) and / or you continue to make the same mistake over and over again. Be yourself. It’s how you deal with the mistakes that will mark you as a great leader, not the lack of mistakes!

In fact, a manager that doesn’t admit his mistakes is quite possibly one of the most dangerous employees to have. I read a great blog on this topic on leadership freak: Pretending it’s ok. Some of the more interesting points he raises:

Everyone struggles. Perhaps ignorance is bliss in some contexts but never in leadership.

Problems take root and grow when you close your eyes and pretend. You can’t address what you pretend isn’t there.

I also recently re-read this blog by Scott Belsky: Nobody’s perfect and why we all need a margin for error. In it, he talks about a mad day he had when he tried to plan every minute and ended up being late for everything. He sums up by saying

Ambition becomes counter-productive when you pursue your goals without the humbling realization that things seldom go as planned.

In effect, plan to make mistakes! Be flexible and be ready for change. Some of the best scientific discoveries came about by accident and so will some of your best ideas. Don’t worry so much about the errors, worry about what you can learn from them. And of course, try something new!

Insanity: doing the same thing over and over again and expecting different results

As a student, I spent many happy hours in many laboratories. I learned how to make a hypothesis and how to test it. In fact the repeatability of the testing was actually an important step. In order to be sure of the results of the test, we had to have a good method that could be repeated accurately. As a leader, though, I have found that the opposite is often true. What will work with one person, will often have directly the opposite effect on another. I have a colleague who is great at his own work, but repeatedly fails to get management backing simply because he fails to adapt his influencing style to match that of his direct supervisor. Each time he goes to see his boss he uses the same technique; a very beautiful PowerPoint presentation coupled with an animated explanation. Whilst his delivery is always very passionate and creative, it usually lacks the numbers and data his boss requires to feel comfortable. If he changed his approach he would be more effective. Of course with a different boss, one who appreciated the creativity, he would probably also be more successful.

My advice? Watch your teammates and colleagues as they go about their daily lives. Learn what works and what doesn’t. Identify those who are successful and those that aren’t and learn from them. Watch how your managers react to different influencing styles. Change your approach to match their preferences. Of course, Einstein’s quote doesn’t just apply to influencing styles, but to other management skills as well. If one technique doesn’t work, don’t keep repeating yourself, try something new. The key is being flexible, changing and adapting. 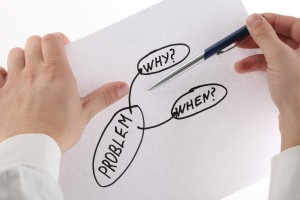 Learn from yesterday, live for today, hope for tomorrow. The important thing is not to stop questioning

I firmly believe that we are all on a journey. The person that stops learning, stops adapting and changing quickly loses their place in the stream of life. Don’t assume that because you are at the top of your field now, that you will always be at the top of your field. Keep learning, keep growing! Know yourself; know your strengths; know your weaknesses. Learn from your mistakes. Ask questions and learn how to be better tomorrow. You could be at the bottom of the pile now, but you can learn and adapt and climb to the top. One very useful Lean Six Sigma tool is the 5Ys tool. Simply put, you keep asking why until you get to the route of the problem. You can apply this technique, not just to problems, but to your daily work. Why do we do this? Why is it important? Question the status quo to improve the process. Question the customer to find out what they really want. Question your team to find out what they really need. Think continuous improvement of yourself as well as of your work! I was reminded of another quote by Einstein from SimpleTom’s blog: Once you stop learning, you start dying

The true sign of intelligence is not knowledge but imagination

You can memorise facts and figures. You can learn exactly how to influence people and get the most out of your team. You can know your customers’ needs backwards. However without vision, without imagination, you will go nowhere. What does success look like for you? What direction should your team go in? What is your end goal? Giving your team a vision to work towards, is not only good practice it is essential. Life is uncertain. As managers, we often make decisions based on rational concrete data. Decisions where you have all of the data are easier to make, so it’s easy to fall into the bad habit of making short term decisions that are actually bad for the long term vision. I have to admit, I am an iPad aficionado. I cannot even imagine my life without one now. Yet, just a few short years ago they didn’t exist. Without vision, they never would have. Using questions as mentioned earlier can highlight inefficiencies and problems that you didn’t even realise were there. Using imagination, you can imagine a future where the problem doesn’t exist and then help your team get there. Using imagination, you can find solutions that people didn’t even realise they needed until you gave it to them!

2 thoughts on “Leadership lessons from Einstein” 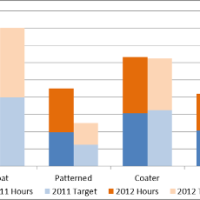 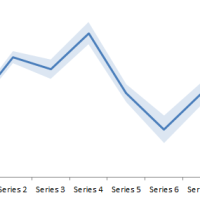 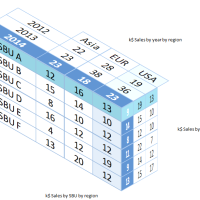 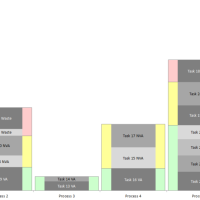 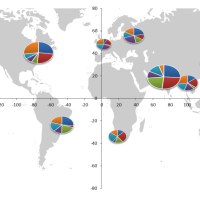